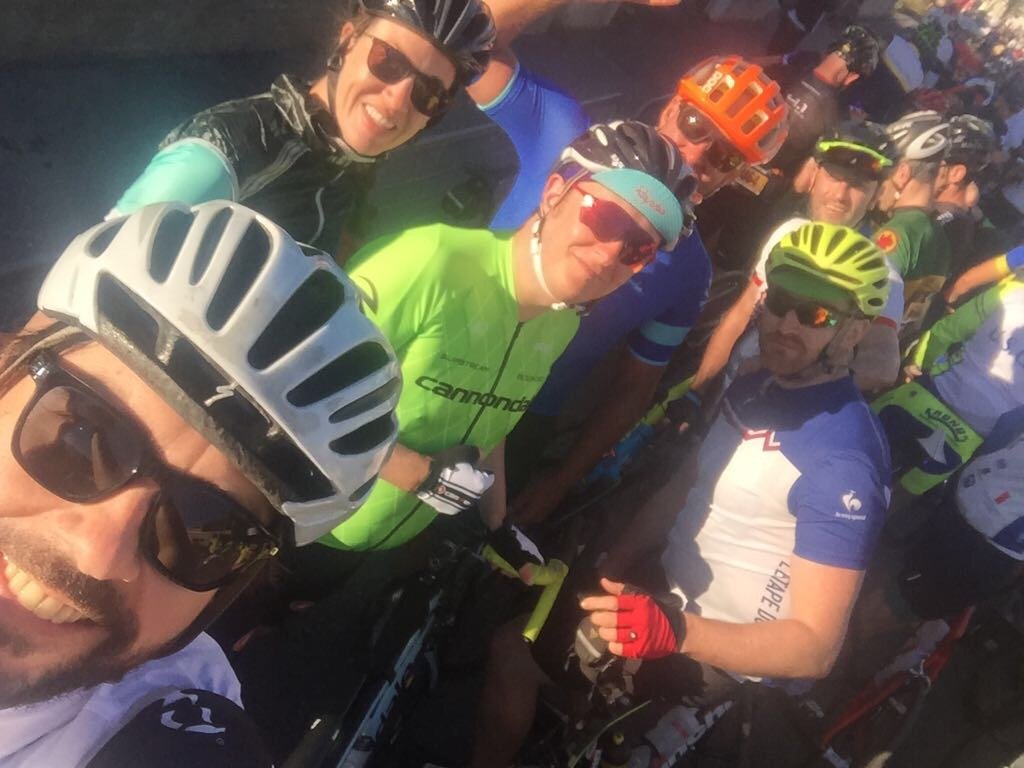 Mid October has become a rather exciting time of the year for me these days. Early Autumn riding with the pleasant temperatures and beautiful fall scenery is only part of it. A big part of the excitement comes with the announcement of the following years Tour de France route which includes the announcement of the Etape du Tour Route. And with that comes the reawakening of our ever growing Etape du Tour Whatsapp group with the constant buzzing of plans for next year. The route was announced yesterday. Here are my initial thoughts. 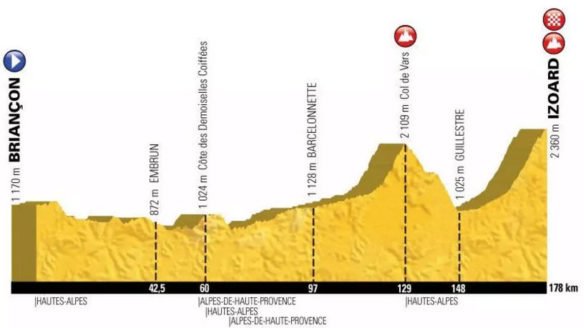 The 2017 Etape du Tour will take place on Sunday 16th July on the route for stage 18 of the 104th edition of the Tour de France, starting in the ski resort of Briancon and concluding with the first ever summit finish atop the Col d’Izoard.

If I finish and recover from the 2017 Trans Am Bike Race in time (which is absolutely the plan), this Etape du Tour will be my 5th in a row and the toughest by a fair bit:

As I said, tough but I can’t bloody wait! 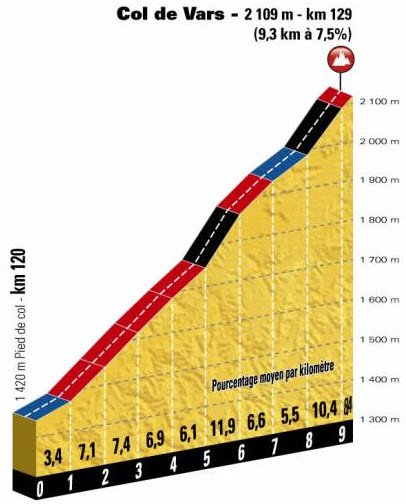 The Col de Vars has been featured 33 times in the Tour de France since it was first included in 1922.

The graphic above belies the effort required to climb this mountain as from what I can see from the full Route Profile there is a steady incline for a good 20km before the climb starts proper. 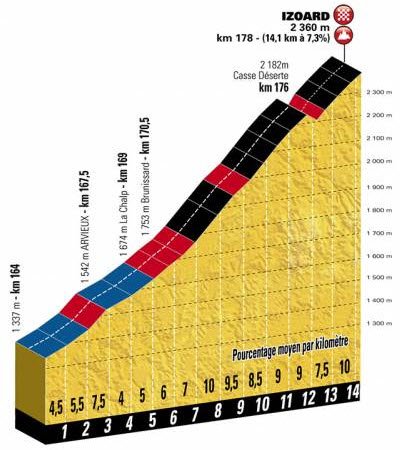 The Col d’Izoard has featured 34 times before in the Tour de France since 1922 but never as a stage finish as it is next year. This iconic climb has been the venue for some of the le Tour’s most memorable moments, particularly the exploits of Fausto Coppi, Bernard Thevenet and Louison Bobet in the early 1950’s. In fact there is a small cycling museum at the summit, along with a memorial to Coppi and Bobet. A fitting venue for some post Etape group photos methinks.

The graphic above does not tell the full story as the climb really starts from the town of Guillestre to the south making it a whopping 30km ascent at average 4.8%….ouch!

The last 7 and a bit kilometres  at an average 9% with 170km in the legs is going to require one hell of an effort. The beers will be oh so sweet. Assuming of course one has the energy to make it to the bar.

Yes it will be ridiculously tough but I literally can’t wait to give this legendary climb a crack next July. In the mean time there is this video (moreso very well made cycling pornography) from the good people at the Col Collective:

Similar to my first Etape du Tour in 2013 the finish is close to the start! Sharp exhale of breath….you little ripper!

I cannot stress enough how much of a lessening of the logistical burden this represents. No hours stuffing around in mountain traffic the day before the race stashing the van at the finish and again hours in traffic after the race heading back to the accommodation near the start, when all you want to do is fosbury flop into a vat of beer and/or sleep for a day or 2

As with any highly popular and anticipated event registering for the Etape du Tour can be a right royal pain in the backside with crashing websites, frozen browsers and simply waiting in line etc etc. Not so this year as registration was a breeze having been opened 2 days early for those that have participated in at least 2 previous races. A very nice touch indeed by the Amaury Sports Organisation.